Lexi Campbell (formerly Geib) is the founder, President, and Director of Camp Cranium. Lexi has her BA in music from Eastern University (’02), Masters in Music Therapy from Drexel University (’04), and BSN in nursing from the University of Pittsburgh (’13). Lexi began volunteering at medical camps when she was 18 years old and has been hooked ever since! Her time with Camp Spifida and Camp Kydnie made her realize that camps can reach children with medical issues in a way that no other resources can. Because of this, she was always trying to recommend a camp to the children she worked with as a music therapist on CHOP’s rehab unit. Because there were no brain injury camps offered in the community, she decided to start her own camp in 2007. By June of 2008, Camp Cranium became a reality with 24 campers attending the first year of camp! Since then, Lexi has volunteered her time and energy recruiting talented board members and counselors to help in growing camp into the community support that it has become. Lexi is currently an oncology nurse at the Children’s Hospital of Pittsburgh. She is married to Bill Campbell, who is a huge supporter of Camp Cranium, and they have a sweet little daughter, Avery, and wonderful son, Cole, who also love camp! Lexi believes in the power of knowing you are not alone in your struggles and cherishes the beautiful moments that camp has provided to its campers and staff through the years.

Heather Ruthrauff: Assistant Director of Camp Cranium, Board Member, Board Secretary and Co-chair of Fundraising & Governance

Heather Ruthrauff is the assistant Director for Camp Cranium. Heather began her participation with camp as a cabin leader. Moving forward she transitioned onto central staff and became a board member, and then assistant director. Professionally, as an Occupational Therapist at the Children’s Hospital of Philadelphia, she has worked with children with acquired and traumatic brain injuries for the entirety of her career. She now splits her time, continuing to treat patients as well as being a supervisor completing administrative duties. As a mother of two and a strong believer in the benefits of summer camp, one of her driving goals is to give the children at Camp Cranium the most positive, safe, and fun experience that your child can remember all winter long.

Dr. Daniel Sapp is an emergency medicine physician in Elmira, New York and is affiliated with multiple hospitals in the area, including Arnot Ogden Medical Center and Our Lady of Lourdes Memorial Hospital. He received his medical degree from West Virginia School of Osteopathic Medicine and has been in practice for less than 3 year. 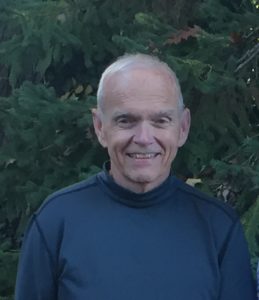 George Geib, CPA has his BS with a Specialization in Accounting from Penn State University (’69) and is the owner of his own accounting firm in Milton, PA since 1991. Much of his work involves non-profit organizations, so when his daughter, Lexi, began Camp Cranium in 2007, he was more than happy to lend his services! George has been responsible for all accounting for Camp Cranium and manages all donations and grants obtained by the camp.

Drew Meyer first started volunteering for Camp Cranium as a counselor in 2008, then as a cabin leader, before becoming a board member and the Assistant Director of Programming. He has a BS in Business Management from Bloomsburg University, and is a certified EMT-B in Pennsylvania. He is currently a Safe Patient Handling Technician at Geisinger Medical Center. Drew looks forward to camp every year and is always willing to adjust the rules in the name of fun and adventure. He specializes in building a project for each year’s theme, including a 40-foot long Hollywood sign, tennis ball firing PVC cannons, and a 10 foot tall trebuchet. Drew is married to Claudia Meyer, who lends her skills as a former theatre stage manager and Jill-of-all- Trades to everything Drew creates. Drew’s favorite part of camp is seeing kids’ amazement at new experiences.

Sarah Krusen MA CCC/SLP CBIST is a speech language pathologist for the
Bucks County Intermediate Unit #22, BrainSTEPS Team Leader, and coordinator of their Brain Injury Programs. Sarah earned her undergraduate degree from Temple University in Speech Language Hearing Science. She went on to complete her Masters degree at The College of New Jersey in Speech Language Pathology. She has since also earned a graduate certificate from George Washington University in Transition Special Education and Brain Injury. She holds a certificate as a Certified Brain Injury Specialist Trainer (ACBIS). After graduate school Sarah was employed at The Children’s Hospital of Philadelphia in The Children’s Seashore House as a speech language pathologist in neuro-rehabilitation and was also an evaluating therapist on the Stroke Team. Since coming to the Bucks County Intermediate Unit #22, Sarah has continued to support individuals with brain injuries as they return to school and require support in schools due to their acquired brain injuries. Sarah began her involvement with Camp Cranium as a volunteer. Over the years she has become a board member of Camp Cranium. Camp Cranium has become a significant and rewarding part of Sarah’s life. Along with her husband and two children, Camp Cranium has become a second family.

Amy Colin is the Programming Co-Director for Camp Cranium. Amy has her BS in Psychology from the University of Mary Washington (’99) and MA in Speech- Language Pathology from Montclair State University (’02). Amy is a Speech- Language Pathologist who has been working with children with traumatic and acquired brain injuries for 13 years. She has worked at the Children’s Hospital of Philadelphia (CHOP) for over 10 years as a primary team member in the rehabilitation and stroke programs at CHOP. Amy started as a cabin leader during the first year of Camp Cranium and got hooked immediately. She transitioned to central staff and became a board member in the second year of camp. Amy has taken the role of Programming Director for the last four years. Each year Amy strives to provide a safe, exciting and fun camp experience that both campers and counselors will keep with them throughout the year. The campers work hard throughout the year. Amy’s goal is for them to play hard during camp! Amy resides in Philadelphia, PA with her husband Kyle and their two children Maille and Griffin.

Andrew Murray is the Staff Director of Camp Cranium. He has his Bachelor of Science in Behavioral Neuroscience from Northeastern University (’13). In 2009, when Andrew was 18, he started volunteering at Camp Cranium as a counselor. From there he became a dedicated counselor and progressed to a teen boys cabin leader in 2011. His hard work at camp lead him to be appointed the staff director in 2014. As staff director, Andrew organizes and prepares the 70+ counselors and cabin leaders who help make camp possible each year! Andrew is a research coordinator for the Center for Resuscitation Science at the University of Pennsylvania.